One of the stars of this year's Frankfurt Motor Show was the facelifted flagship model from Munich - the BMW 7-series luxury limousine.

Since we attended the biggest car fair in Europe we took the opportunity to make couple of beauty images of the controversial 7-series front kidney grill.

Here's what we got through our Panasonic GX9 camera: 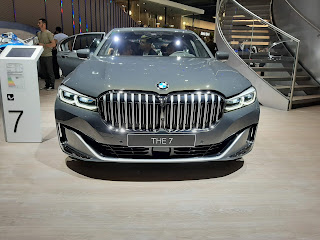 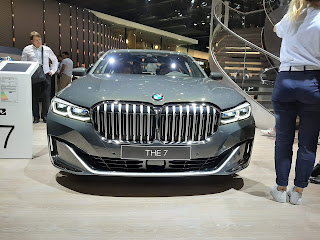 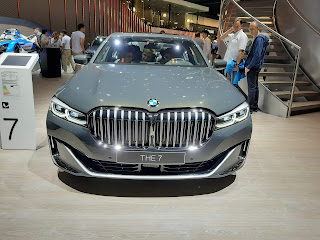 From this perspective we could say it even looks beautiful (not that it shouldn't, it;s a brand new car after all).
The controversial kidney grill is still way too big but the whole set up slowly grew on most BMW fans who were furious at the beginning.

And here is the 7-series we captured on the Paris Motor Show some 6 years ago (BMW Active Hybrid):

If you liked these beautiful BMW images we would also recommend you to check our article about 2019 IAA Frankfurt in pictures
Tags:
7-series BMW cars