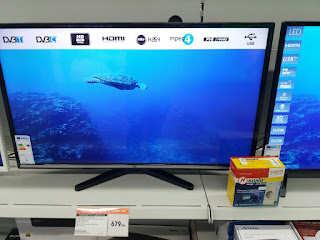 Which one should I buy... Sony, LG, Samsung, Panasonic, Philips, Finlux, Toshiba or may be Digihome. We always ask this question when we are choosing our next TV. And nowadays there are so many different manufacturers and brands that come out with new more innovative models and suggestions every other week, offering more features and functionalities than before. But all we are after for has never changed - good picture quality, proper sound characteristics and of course good price.

What we shouldn't forget though is reliability, something that is going to save us a lot of time, money and stress free experience.

Today we will talk about some of the most common problems and issues that we found in 32 and 42 inch LED TVs while reviewing them, showing some major flaws as well as basic troubleshooting advice.

Backlight issues
Backlight bleeding is probably one of the most popular issues with TVs that use the LCD/LED technology. Some time ago I showed you what happens with my Sony Bravia KDL-32EX650 TV when watching black scenes in dark rooms. And please don't get me wrong, the 32EX650 is a great television (like most other Sony TVs that I've tested) but it showed weakness when 'exposed' in dark - bright light spots on both top corners appeared every time the screen was on black scene.
There are other issues that we noted like blur and refresh rate related that also cause poor image quality but these were occasional instances, mostly on cheaper models and brands.

Build quality
Well, as far as I am concerned about one TV's build quality it is something that is worth checking in the local store in case your intention is to shop you next TV online. For example, the Finlux 32H7072-DT may seem quite appealing to you in the online deals but taking a look at it in person and I promise you would not like it as much (that is why it is much cheaper than the Sony and Samsung alternatives in the 32 inch segment). I think the best examples for premium build quality are most Sony televisions. Even their lower end models look and feel solidly build as if they are to last a very long time. LG and Samsung offer good overall quality but only their premium model lines seem as solidly build as we want them to be. For example, the Samsung UE32EH6030 3D LED TV offers great picture quality but its looks suggests that might be a much cheaper TV set. 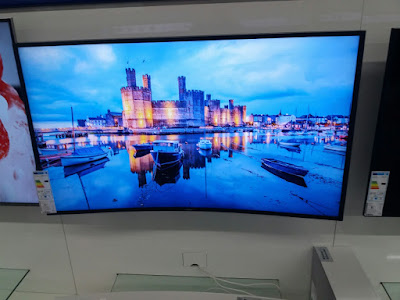 Picture quality
Picture quality is probably the most important characteristic for each TV. Together with sound quality it is the final product that reaches our senses and it is quite normal that we always aim for the best picture and sound quality.  TV sets that offer image and sound like the one delivered by the Sony XBR55X800B set the benchmark that all other manufacturers need to follow.

As for the issues with the picture quality, I can mention few pretty major ones. For expample Samsung TVs tend to offer very rich color reproduction but this is also quite annoying for many consumers as they report these super rich colors don't seem natural. In this area I think Sony again does the best job. Their TVs color reproduction is very good if not great.

Motion blur is the apparent streaking of rapidly moving objects in a still image or a sequence of images such as a movie or animation and sometimes it can create big problems for consumers who are keen on watching sports and playing high-dynamic action games on their television. Very important characteristics in this area is the Refresh rate (the number of frames per second the television can display).

State of the art televisions like the 55 inch Ultra HD TV Sharp LC-55CUG8462KS come with Manufacturer Motion Rate of 600 Hz (as advertised) which is an amazing value while the real Standard Refresh Rate is 60 Hz (average is between 60-100 Hz).


Smart features
Many consumers these days are reporting problems with their Smart TV functions. Usually they are related to connectivity and sync but that is not always the case. For example YouTube on my Sony Smart TV was deprecated some time ago due to the higher requirements that YouTube had set for their service which made it impossible for the TV's hardware to handle. 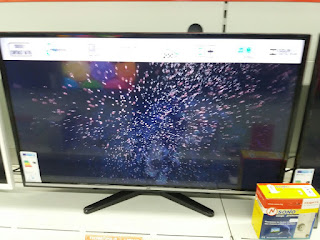 LG's Web OS, Samsung's Tizen and Sony's Android TVs are the most popular smart systems currently offered and I think all of these are doing great with some exceptions of course. For hustle free Smart TV experience I would recommend you to check the amazing Sony X750D / X700D series.

Price
Well, some may say that the price tag may be the biggest issue when buying new LED TV, especially if you targeted a big screen. That is also resolvable. You can easily buy Bush 49 Inch Full HD TV or Luxor TV for under $600.

These are just some of the problems and issues that we've come upon while reviewing TV sets of all types. We will definitely share more information as we do more and more of our consumer tests. So be careful when choosing your next TV and have in mind all these different aspects of the television prior buying it, this may save you lots of troubles after.

In our next articles we will discuss problems and issues with TV models manufactured specifically from UK and USA which are two of the biggest television markets in the world.