A lot of the in-display fingerprint sensors are causing problems to the phone owners who are desperately trying to effectively use their biometrics options.

Unfortunately, it is almost the same story with most manufacturers, including the Samsung A50 smartphone which was released recently. 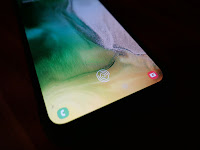 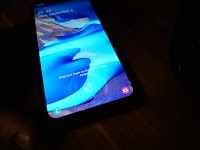 Samsung Galaxy A50 in short

This phone came out earlier this year and quickly turned into one of Samsung's best selling smartphones.

The A50 is a mid-ranger, very capable under many conditions, thanks to the useful features it is packed with. Here are just some of them:


Problems with the in-display fingerprint reader

Many people have already reported issues with their in-display fingerprint sensors and some users truly already hate this feature. 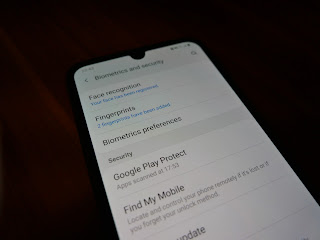 Before telling you about the negatives we should point out that Samsung heard about these complaints and took action with their latest Android 9.0 update.
That is a big thanks to Samsung for taking care of an issue which escalated really quick in the last few months.

So, here is what we experienced right after we bought and tested the Galaxy A50 (which is a very good phone by the way):
We have to admit that after the recent update things got a bit better and the in-display sensor is actually at least usable. I even stopped the face-recognition option since it was consuming battery and as you know it is not that safe. Let's see how it will go with the A50.

If you have experienced any similar issues with an under display fingerprint scanner, please share with us more details and hopefully we would be able to address any questions in regards to this problematic (for now) feature.

And here are couple of related biometrics related topics from our blog: