To start with, I was never a big fan of sandwich makers but when I saw the Tefal Ultracompact SM1552 on huge sale couple of weeks ago I decided to give it a try. Actually, I was worried that I might like making sandwiches on my own at home and would be something that would badly affect my weight and overall shape. Well, I was partially right, the Ultaracompact SM1552 toast bread really well so I now eat much more sandwiches than I used to. Now lets talk about this Tefal sandwich maker main features and specifications.


Tefal Ultracompact SM1552 build quality and form factor
Tefal Ultracompact SM1552 is a compact sandwich maker that is very well build and leaves the impression of a quality product, something we can't say for many other of its competitors priced under $50. I really like the design as well, the metal finish gives it some kind of a classic and a bit retro look. So, the overall impression from the build quality and form factor is very positive. 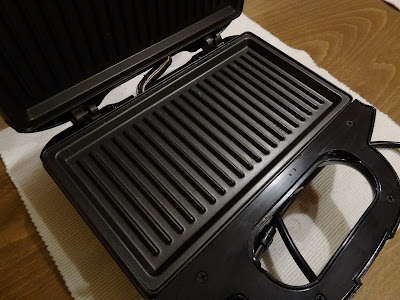 Making sandwiches with the Tefal Ultracompact SM1552
Making sandwiches and toast with the Tefal Ultracompact SM1552 (also known as Tefal SM155212) is really easy. You just need to plug it in the power outlet and wait around 3-4 minutes until it heats up. Meanwhile you can take two slices of bread, stuff some cheese and ham in between and then place it in your Tefal SM1552.  Then all  you need to do is wait for around 5-6 minutes, depending on how baked you want your sandwich to be and that is it, you would be all set with a quick and delicious sandwich. I myself have done about 10 different toasts so far and most of them turned out really well.


Cleaning the Tefal Ultracompact SM1552 sandwich maker
Cleaning the Tefal SM1552 is usually quite simple and easy. It gets hard when some cheese melts out of the sandwich itself and stick on the plate. What I do then is to put some water on dirty spots and wait a bit until is not so sticky and then wipe it clean with a kitchen paper towel. 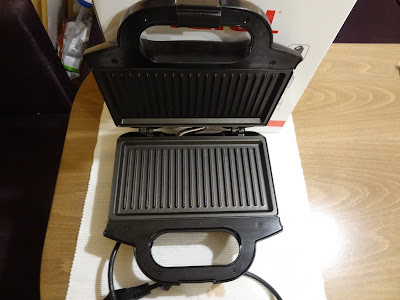