Which are the best TVs and what television you should buy this year? 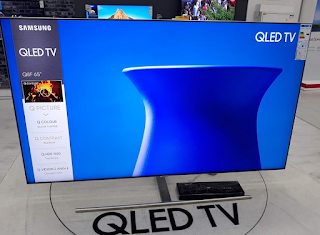 With so many suggestions on the TV market and in 2019 it becomes really difficult to choose the right one for us. According to our observations, the three premium brands Sony, Samsung, LG dominate the market, with some really good suggestions.

4k TVs
This year's most demanding 4k models will be 32, 42, 50 and 55 inches. LED TVs with HD and Full HD resolution are still hot looking, due to the fact that still fewer services are offered at higher than this resolution. As you know, most cable operators offer a picture with maximum image quality in 1080p mode, and 4k movies that we have to download are too big compared to those with HD and Full HD resolution.

OLED TVs
Organic Light Emitting Diodes (OLED) technology is yet to enter the Bulgarian market. After the first suggestions from LG, Sony and Samsung, almost all TV manufacturers now have OLEDs in their product catalogs. The picture on OLED TVs comes from the use of carbon-based organic compounds that emit red, green and blue light under the influence of electrical current.

The downside of OLED and QLED TVs is still too high, almost twice as much as a standard LED backlight.

3D TVs
Unfortunately, the American cinema industry, which has been trying so hard to impose 3D technology on the consumer market, has never happened. The truth is that this is a dying technology so far at least as far as TVs and home screens are concerned. Insufficient good quality, few 3D productions, and the "sophistication" of viewing are scattered by few consumers. Still, there are people who, when buying a new TV, would rather have three-dimensional image technology, just like an extra feature.

Curved TVs
After the initial hysteria a few years ago on televisions with curved displays now seemed to be a bit calmer. Curved screens are sold but the search to them has dropped. It is interesting to see how some users (like Samsung, for example) are still actively trying to enforce their models with a display in 2019, while others have almost abandoned them altogether. For some special advantages here can not be a question, it is more a matter of personally feeling and preference.

Smart TVs
Smart technology has become an indispensable part of our daily life and could not miss one of the important elements in it - the television. For most users, it's almost inconceivable to go for a day without using any of their smartphone features at home - video, Netflix, YouTube, and even web browsing. Smart TVs will definitely remain one of the key criteria determining the purchase of a particular TV model. The most sought-after are currently the smart Android TVs and the wide variety of applications available online.

For those who have already purchased a TV and it is not Smart TV, there are plenty of choices to extend its capabilities like Chromecast, for example, allowing cast and streaming content on non-smart TVs.


Now let's take a look at some of the TV market offerings offered by Bulgarian suppliers by categories:

These are just some of the TV models offered in the Bulgarian supply chain store.


We hope that the information provided will help you with the purchase of a new TV in 2019. In the meantime, would you tell us what brand of TV you are currently using and are you satisfied with its quality?

Please check the rest of our TV reviews, thanks!
Tags:
LED OLED TV