My consumer tennis racket review of the Wilson Pro Staff 97LS, the racket I have been using in the last 12 months

Few days ago I shared with you the full Wilson Pro Staff 97LS specifications and that was just to warm you up for the real consumer review. For those of you who don't know the Pro Staff 97LS is the tennis racket I have been using throughout my tennis season in 2018.

I started playing with it almost a year ago and sold it just a few weeks back. What are the reasons to get rid of this awesome and sort of lightweight racket, you will find out in the next few lines. 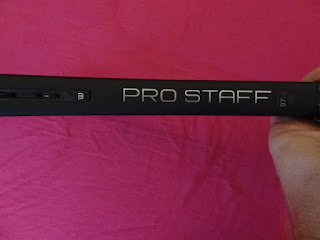 The racket
Wilson Pro Staff 97LS is a beautiful looking racket. Decided entirely in black it really stands out from the rest. Mine was strung with black strings and no logo so it was purely black mat frame, black grip and black strings. And with a compact head size of just 97 sq.in. it really looks sharp in that configuration.

The Pro Staff 97LS weighs 290g (303.34g strung) and is the second lightest racket from the Pro Staff series ( the 97ULS being the lightest).
It suits perfectly intermediate players who want a bit lighter racket which could easily generate topspin thanks to the 16x18 open string pattern and is also perfect for a single-handed backhand.

The Pro Staff series
I have tested couple of rackets from Wilson's Pro Staff series and I really liked all of them. Depending on the model and characteristics they are great for professional and advanced recreational players.

The Pro Staff series is the choice for two of the most popular players in the world - Grigor Dimitrov and Roger Federer, and many others as well. Just like I mentioned about the Pro Staff 97LS, most of the Pro Staff rackets are perfect for single-handed backhand thanks to the stiff frame and perfect control.

The new Pro Staff tennis racket series is much better than the outgoing Six-One 100 models which were pretty much awful for intermediate and recreational players, highly customized for professional players from the tour.

My game with Pro Staff 97LS
I really improved my game since I bought the Pro Staff 97LS (2017 model). I am recreational player and I like to join amateur tournaments in the weekends. I play single-handled backhand and that was one of the major improvements compared to the Babolat Pure Drive lite I was using before. The racket felt very stable and had significant improvement on serves as well.

Unfortunately, with time I "developed" shoulder injury which pushed me in the search of even lighter racket. The one that I will probably buy very soon is the Wilson Blade Team 99 Lite. Other than that, as expected my Pro Staff 97LS was much more at home on hard courts rather on clay surfaces on which I play a lot. 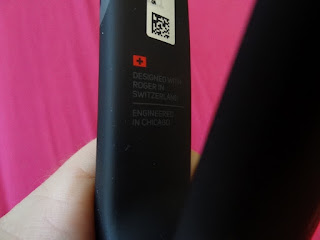 Other thoughts
There is a new version of the Pro Staff 97L for 2018 and it includes the patented Countervail Technology which maximizes player energy, consistency and precision. The design is pretty much the same as the 2017 LS Model - entirely black (called "black series").

Thank you for checking my real world consumer review of the Wilson Pro Staff 97LS, I hope you liked it. Please let me know what your thoughts about this rackets are, I will be happy to hear your opinion.

Update: Ordered the Wilson Blade Team 99 Lite from Tennispro couple of days ago, will update you once the racket is here.

Which is your favorite tennis racket to recommend for the 2019 season? I am currently playing with the Wilson Ultra 100L Camo and it has been great so far. In the last weekend tournament the Ultra 100L Camo was really comfortable to play with.
Tags:
sport tennis Wilson